What is the Mini Mental State Exam? 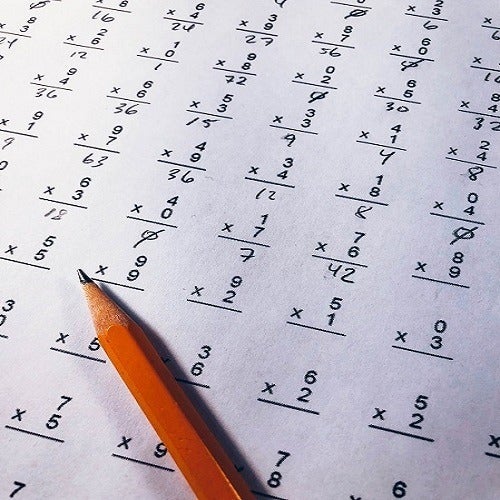 Photo of a Math Exam

The Mini Mental State Exam (MMSE) is a face to face screening assessment that is conducted to detect a person's cognitive impairment and whether they may have dementia. The exam consists of a series of questions that assesses a person's short-term memory (recall) as well as orientation, attention, language and visual-spatial skills.  Wikipedia gives a good description of the test.

What The Scores Mean

The MMSE is a fairly simple test to administer and takes less than 15-minutes, depending on the responsiveness of the person.  The exam is scored on a scale of 0 to 30 with 30 being the highest mark you can get.  Usually, someone who scores above 25 is deemed to have “normal” memory function, while scores between 10 and 25 suggest some level of mild impairment.  Scores below 10 would indicate moderate to severe impairment.

The MMSE Is Not Diagnostic

It is important to keep in mind that the MMSE is not diagnostic in nature. Rather, it is merely an indicator that a person might have dementia or some type of cognitive impairment.  "Dementia" is a general term used to describe a memory deficit so you need to find out its cause.  Causes can include things like Alzheimer's disease, organic brain disorder, head injury, a stroke and brain tumors. Evan a urinary tract infection can cause dementia like symptoms.  Further testing and evaluations are needed to diagnose the underlying medical condition.

Factors That Can Impact Results

Keep in mind too that outcomes on the MMSE can be impacted by a person's age, level of education and socioeconomic facts, so the results need to be carefully scrutinized.

What The Results Mean

Despite their shortcomings, the test is widely used by medical professionals to get a general read on a person's cognitive status.  It is also used as a measure of how a person's condition might be declining since it can be given at different intervals over time, though multiple uses may impact results as well.  However, if a person scored a 23 in February and eight months later in October scored a 17, it is likely there has been a material change in the person's mental state that needs to be evaluated.

Too often I see doctors and attorneys (as well as Judges I am afraid to say) rely too heavily on the MMSE scores to support a legal finding that a person is incapacitated.  The assumption is that a poor or declining MMSE score is proof in and of itself of a permanent form of dementia.  That is a false assumption.  The doctors must be challenged to show what is behind the poor test results and whether that condition can be treated to ameliorate the cognitive impairment.  This is especially true in the case of Alzheimer's disease which can only be accurately diagnosed through the process of eliminating other causes of the dementia condition.

The Time When Mrs. Smith Was Mistaken For Her Husband's Secretary

In a prior post, I told the humorous story of when Mrs. Smith learned for the first time her husband had dementia.  Being in denial of such a diagnosis is common since to believe otherwise leads us down a difficult and challenging road most of us would rather not travel.  The story can be read again here.