How To Find Your Way When You’ve Lost Your Mind 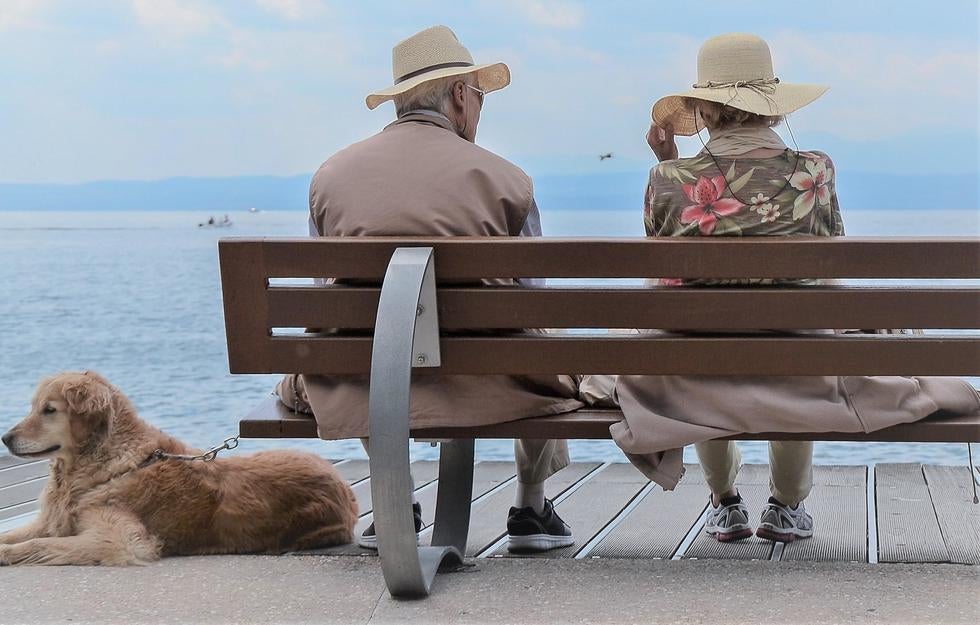 This is a short vignette that is played out in some variation or another hundreds of times a day in doctors' offices throughout this counrty (and world for that matter). It is certainly not a discussion any of us want to have, but it's one that needs our full attention nonetheless.

Mrs. Smith: So doctor, is my husband going to be okay?

Doctor: Well, in the short term I think he will be fine, but as you know his memory is a bit off and that concerns me.

Mrs. Smith: Yes, that's true but I attribute that to old age – he's 81 you know – not a spring rooster anymore!

Doctor: No no, I am aware of that, but this is a bit different than ordinary memory loss associated with the aging process.  Something else is happening that is more insidious. For instance, he recently had the incident of misplacing the car keys that you shared with me.

Mrs. Smith: Oh yes, that was so funny.  We ended up finding them in the dishwasher of all places.  Imagine that. I guess he thought that would be an easy way of washing the car.  He always had a good sense of humor. He's so cute.

Doctor:  Well I suppose there is some humor in that but one does not normally mistake his car keys for the actual car or a dishwasher for a car wash.  And on the testing I did on him, the standard Mini-Mental State Exam, he did very poorly on that as well.  He scored an 11 out of 30 which indicates moderate dementia.

Mrs. Smith:  Oh, that's nothing.  My husband never scored well on those standardized tests.  He always hated those tests in school. But he is so intelligent.

Doctor:  Well, this is a different kind of test – not like an SAT test you would take to enter college.  These are basic questions that are asked like recalling words I have told him, or counting backwards, or drawing the hands of a clock at a certain given time.  This is a test for memory and executive functioning, not intelligence.

Mrs. Smith:  Well the next time he will have to study a bit more but I am sure he would do fine if he took the test again.  He's always been an overachiever you know.

Doctor: Well, the other thing he told me when I was just meeting with him privately is that he believed you were his secretary, some woman named Sue or Suzie or Sophia or something like that. Does that ring a bell?

Mrs. Smith: WHAT? He thought I was his secretary!!  Why that no good &#%[email protected]?  I think he's lost his mind!!

Doctor:  Precisely Mrs. Smith, that's what I have been trying to tell you!

As my mother is fond of saying, if you can't laugh about the things that happen to you all we would do is cry.  Boy how true.

I make light of Mrs. Smith's situation only to make the point that many people in her position are bewildered the first time they hear a dementia diagnosis thinking this could never happen to their spouse or parent or they are simply in a state of denial. Eventually Mrs. Smith will come to the realization that her husband has changed markedly and that his actions are now more a manifestation of his medical condition than an expression of his true thoughts and intentions.  The life upon which Mrs. Smith is about to embark will test her commitment to her husband as well as her resolve to navigate what will soon be a very turbulent and unsettling terrain.  If nothing else, Mrs. Smith needs the support and understanding from those around her, especially her family and friends.

We live in challenging times. Forget technology and the lightening speed at which the world is changing.  The real dynamic that will impact our society the most will be the change in demographics and the explosion of older people as the baby boomers continue to retire.  According to the U.S. Census Bureau, in 2050, the population aged 65 and over is projected to be 83.7 million, almost double its estimated current population of 43.1 million and the population age 85 and over is expected to grow from its current estimated figure of 5.5 million to 19 million by 2050. These are astounding numbers.

Of course, while we are living longer, we are not all living healthier or free from serious medical and health conditions.  The one condition that will effect millions of people over the next few decades is dementia, and in particular Alzheimer's disease, for which there is no known cure. And the incidence of getting Alzheimer's is extremely high especially for people over the age of 85.  In fact, it is estimated that one in three seniors will die of Alzheimer's or some other form of dementia. And while there is always talk of there being a cure for Alzheimer's on the horizon (which would be great), prudence tell us we should all plan as though that will not be happening any time soon. Too learn more facts about this disease and trends, check out the Alzheimer's Association website.

As a practicing attorney for the past 25 years, I have devoted a majority of my practice to representing individuals and families caring for loved ones and friends who have some form of dementia that effects their ability to manage their own affairs.  Some type of medical condition that diminishes their cognitive capacity to the point where they are simply unable to make meaningful and informed decisions in their own best interest.  Folks in this condition are at the mercy of others to ensure not only that their basic needs are met, but also that they live in dignity and consistent with their known or expressed wishes and preferences. It is a lot to ask of another human being, but hundreds of thousands of people each year find themselves caregivers to family members and friends.  And in the case of the parent/child relationship, the roles get reversed. This role reversal is not always pleasant and it is very difficult emotionally, psychologically and physically, putting a tremendous amount of strain on the entire family.

Thankfully what I have found over the years is that people are very willing to care for and support a family member or friend so long as they, in turn, have the support of others and their community. I like to call these people do-gooders because they put the interest of others ahead of their own.  I have also found that most of us have “do-gooder” tendencies with an inherent capacity and desire to advocate for those who are vulnerable and in need of a voice and protection.  You know the old adage – it's okay to mess with me but don't ever mess with my kid. How true is that!  It is natural to want to protect others from abuse or mistreatment, even to our own detriment, especially if it someone we really care about. But in order to make that job easier, do-gooders need to have the support of others and the resources necessary to carry out what needs to be done.  That person also needs to have clear direction in terms of what to do and the wishes and preferences of the person for whom they are caring. Without that guidance and direction, there is no discernible path to follow and the relationship proceeds without any clear objectives or goals.

So now that I have made everyone depressed, what's my point? My point is very simple: we should all enjoy life and try to live as healthy and as well as we can with the expectation of having long and productive lives.  At the same time, however, we should also be aware that for reasons over which we may have little or no control, eventually many of us will face the reality of needing to rely on others to care for us and to carry out our wishes and desires. Whether he realizes it or not, Mr. Smith is now in such a position.  As an attorney, while I cannot necessarily help with the health aspect of things, I can certainly help with the planning piece and alert you to a few simple steps you can take today that will help ensure that your wishes and preferences will be carried out in the future.

So let's go on an eye opening journey as we evaluate Mr. Smith's situation and explore some of the things he and his wife could have done to better prepare them for what lies ahead. My next post will be a stop along that journey. I invite you to join me.