How do you contest a will? 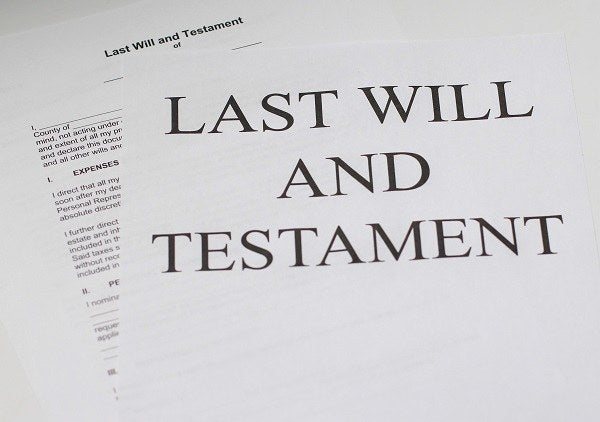 Photo of a Last Will and Testament

In the news now is the estate of famed singer Glen Campbell and three of his eight children who are contesting his will.  These three children were cut out of his will.  Here's a link to the article.  https://www.msn.com/en-us/music/celebrity/late-country-legend-glen-campbells-estate-remains-paralyzed-as-fight-wages-on-after-he-cut-three-of-his-eight-kids-from-his-will/ar-AAzzv4a?li=BBnb7Kz#image=AAzzv4a_3|5.

I have no idea what the outcome of this case will be, but it happens frequently that a child (or children) who are disinherited will bring a lawsuit claiming the will should be disregarded and that they should get something from the estate.  It may be quite true that a disinherited child feels she has been treated unfairly, but that alone is not a legal basis for disrupting the intent of the person who died. In fact, a court will do all it can to carry out the intentions of the testator.

So, on what legal basis can a person bring a lawsuit challenging a will?

In theory there are many claims a person can assert to challenge a will, but the vast majority of will contests boil down to essentially two basic arguments:  Lack of Testamentary Capacity and Undue Influence.

Lack of testamentary capacity is almost always used in cases where the decedent was elderly, say over the age of 80.  It's actually a form of ageism since it assumes, in many instances, that just because a person is elderly, they were not competent to sign the will and didn't understand what they were doing.

The problem with that argument is twofold.  First, not every “elderly” person is diminished mentally, so to simply assume that is the case is patently wrong.  Second, the level of capacity one needs in order to sign will is relatively low.  To have “testamentary capacity,” one only needs to have a general understanding of the nature and extent of their estate (the assets they own) as well as the “objects of their bounty.”  In other words, they need to know what they own and who their family members are.

If you aren't aware of what you own, and you can no longer identify your family members, you probably lack the capacity to sign a will.

In order to support a claim that the testator was incompetent when they signed their will, you need clear medical proof of the person's condition and why that rendered them unable to understand what they were doing at the time the will was signed.

The concept of undue influence is a complicated topic and deserves its own blog post (actually several).  Suffice it to say, undue influence is when someone who benefits from the will exerts such a level of influence and persuasion that it overcomes the independent and free will of the testator.

Campbell has eight children and three were cut out of the will.  However, according to the article, Campbell signed the will in question in 2006, well before his dementia diagnoses in 2011.  So clearly he did not lack testamentary capacity in 2006 as a result of dementia.

Moreover, all three children were from his second wife and all three were treated equally (all left out of the will).  So it would seem that something happened in that relationship that caused Campbell to distance himself from both his second wife as well as the children from that marriage.  This estrangement seems to have been long standing and it appears there was never a reconciliation since there was litigation in 2015 over visitation issues with at least one of the three disinherited children.  Something significant happened between Campbell and these three children that lead to all of this.

Finally, it appears that the remainder of the estate essentially goes to his remaining children and current spouse, Kimberly Woollen, to whom he was marries for well over 30 years.  All these relationships are natural objects of his bounty and reasonable on their face. So, while it is possible that the spouse or some of the children may have been in a “confidential relationship” with Campbell (perhaps serving as his Power of Attorney), there is nothing that shouts out as being “suspicious” about how the will was drafted or what it states.  Of course, the devil is always in the detail, but this seems to be the initial reading of the case.

Greedy kids or innocent victims of a nefarious overreach by others to keep them out? Can't say for sure, but in a court of law, the former scenario seems much more plausible than the latter.