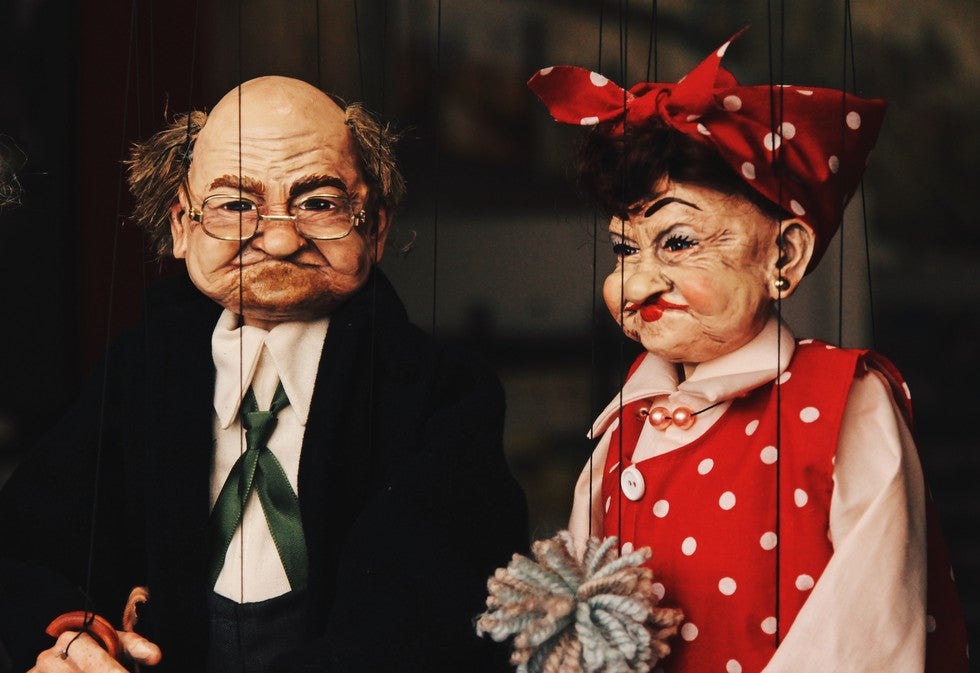 A friend shared with me the following story -

The other day, during this recent cold spell, he received an urgent call from his grandfather that his heat wasn't working right. Worried his grandparents were freezing with temperatures dipping into the teens, my friend raced over to their house. As he opened the front door, the heat hit him like a sauna. It must have been 100 degrees and his grandparents were down to their underwear. "What's up grandpa? Why's it so hot in here? I thought you said the heat wasn't working?"

"Well it ain't working, can't you see -- the dang thing won't shut off" the grandfather shouted.

So my friend went over to the thermostat only to find the unit cracked with a dozen or so dents across the screen. "Hey grandpa, how did the thermostat get like this?"

"Well like I just said, the dang switch was stuck so I hit it a few times with my ball peen hammer."

"You did what?!" my friend exclaimed. "Grandpa, you can't fix this with a hammer. It's digital. It has to be programmed.  You destroyed it."

"I didn't destroy nothing. The thing's a piece of garbage. Like everyone else they make these days. Nothing is like it used to be"

Exhibiting an enormous amount of patience, my friend then went over and opened the front door to cool things down, only to have his grandmother yell "close that door, can't you see you're letting all the heat out!  That's what's wrong with you kids, you think money grows on trees."

My friend just paused, took a few breaths, counted to ten ... and in the calmest voice possible told his grandparents to just relax and don't worry about a thing. He would take care of everything. And off he went to Home Depot.

Moral of the story:  A ball-peen hammer is a pretty handy tool, but it can't fix everything.

Life's Little Lesson:  Be patient with your grandparents.  Sometimes they need the equivalent of a seeing eye dog for technology. And sometimes we need to be that dog. Most of all, revere your grandparents, for they are the window through which we peer into our future.